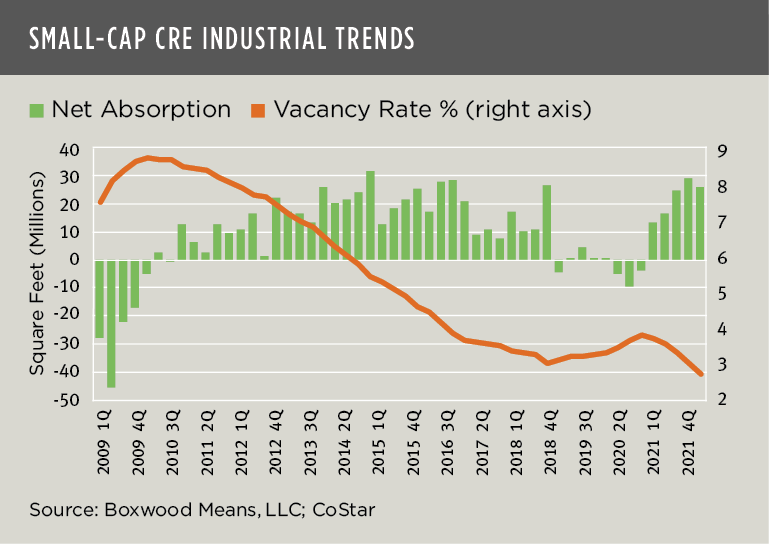 Small-cap CRE space markets are thriving. If last year’s robust leasing conditions are in any way indicative of, or driven by existing small business optimism, Main Street growth prospects will produce another year of ample opportunity for small-balance lenders and investors.

During Q4, for example, the MetLife & U.S. Chamber of Commerce Small Business Index posted its highest score since the onset of the pandemic, reflecting both improved overall business sentiment and better prospects for company growth. As many small businesses increase capital investment and staffing, small-cap CRE has already proven to be a beneficiary of these positive measures.

Below are key takeaways from Boxwood’s analysis of CoStar’s Q4 CRE data that tracks inventory of 1.1 million for-lease buildings under 50,000 sq. ft. 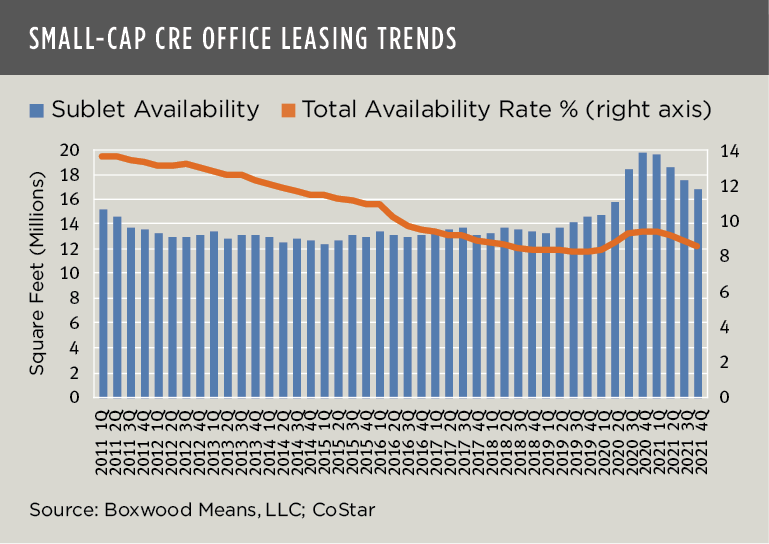 The exceptionally robust Main Street market conditions are positives for small-balance lenders and investors, since excess demand will continue to support growing NOIs and asset values. Indeed, bank lenders have already benefited from the CRE market’s strong tailwinds: As of Q3 last year, commercial and multifamily debt outstanding among depository institutions rose 3.8% YOY, and 9.2% over two years, to $2.4 Trillion among depository institutions according to the Federal Reserve. 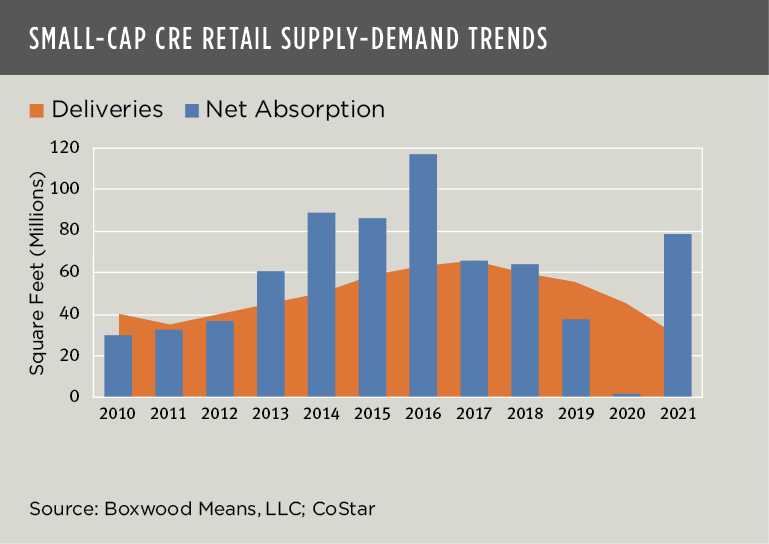 That said, the Omicron strain and inflation may pose some near-term risks to the market’s momentum. Ultimately, however, what is more likely to determine future CRE market dynamics will be on the supply side of the equation. On the one hand, small-cap CRE office and retail supply are unlikely to disrupt the market status quo since building deliveries are at a five-year low coupled with very modest new construction. On the other hand, supply in the industrial sector has shifted into a higher gear with a substantial construction pipeline that far exceeds the annual average amount over the last 10 years. For industry users starving for new building product, though, this development trend will be a godsend.