"...the speed and magnitude of the Q1 downturn was unprecedented. It is also incongruous with, and an abrupt and brutal epitaph to the longest CRE market expansion on record."

Fundamentals in the small-cap CRE space market nose-dived during first quarter as the coronavirus pandemic triggered a massive economic retrenchment with wholesale employee layoffs, and company and store closures that now threaten the future of many Main Street businesses. The aftershocks of the disease outbreak starkly remind us of the binding and dynamic relationship between small business and small-cap CRE.

In the general CRE market at large, office and retail sectors suffered serious decreases in leasing volume. Yet the industrial sector, fueled in large part by Amazon’s signing of more than a dozen leases for about 10 million sq. ft., posted record leasing volume in Q1 according to CoStar. Frankly, the outbreak has only intensified the demand trend for large warehouse and distribution center facilities as retailers and direct-to-consumer businesses are swamped with online orders.

However, the pandemic's impact on small-cap CRE is extensive and perhaps more long lasting. Granted, we previously reported on a slow-moving contraction in small-cap CRE fundamentals caused by growing scarcity in both leasing availabilities and qualified employees for hire late in the CRE cycle. That said, the speed and magnitude of the Q1 downturn was unprecedented. It is also incongruous with, and an abrupt and brutal epitaph to the longest CRE market expansion on record. 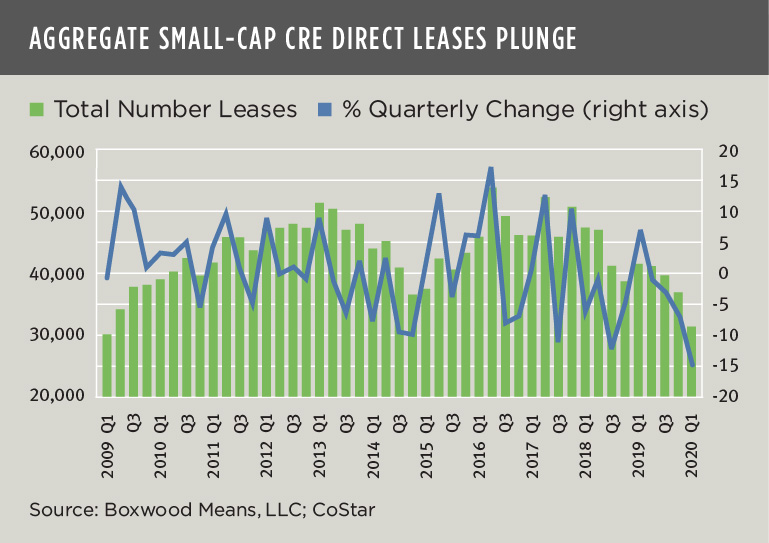 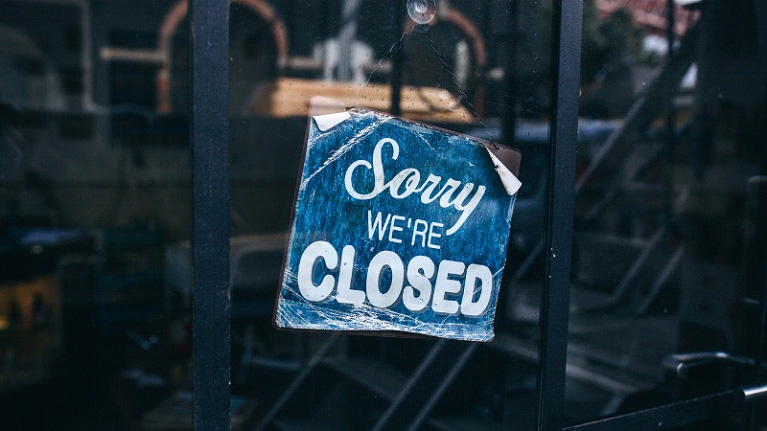 The demand and sublet statistics above portray a market poised for more turmoil. Unfortunately, the fallout will likely grow larger and broader by mid-year. After all, the Q1 statistics reflect changing market conditions for only two weeks’ time after Federal and State emergency preparedness and shelter in place mandates were implemented in mid-March.

This catastrophe reminds us that Main Street businesses, housed in a diverse array of light industrial, warehouse and manufacturing facilities, small office buildings and retail storefronts across the U.S., are the backbone of the small-cap CRE domain. What this interdependency has also unmasked, most vividly by the ubiquitous scenes of closed retail stores, is the fragile financial profile of many of these employers and business owners – especially their limited cash flow and credit – that calls into question their ability to withstand an economic disruption of this magnitude for a long period of time.

Let's hope and pray that the shutdown of our Main Street economy is short-lived.