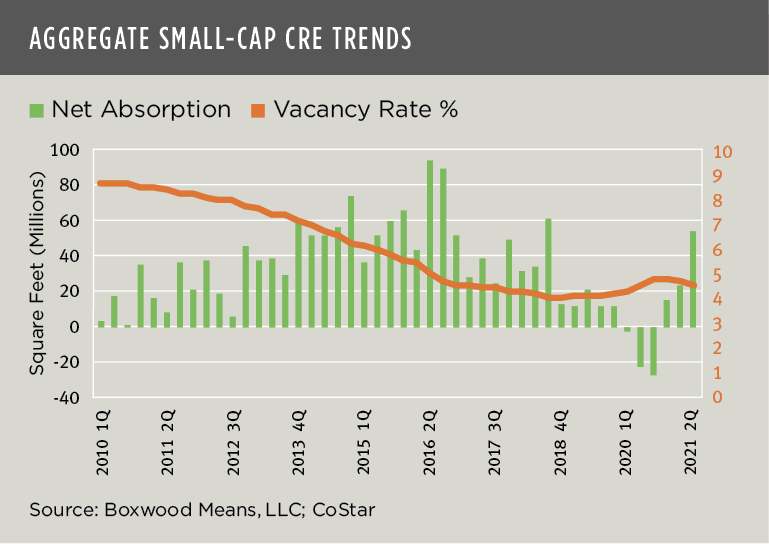 After more than a year of pandemic-induced shocks to the U.S. economy and the CRE markets, healthier small-cap occupier markets are coming back into better balance with an investment market that has barely missed a beat.

Below are the key takeaways from our analysis of CoStar Q2 CRE data tracking U.S. inventory of for-lease buildings below 50,000 sq. ft. 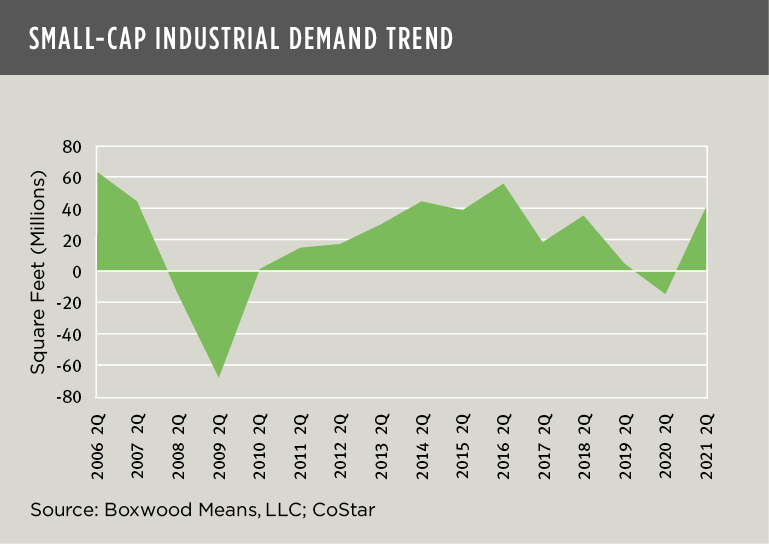 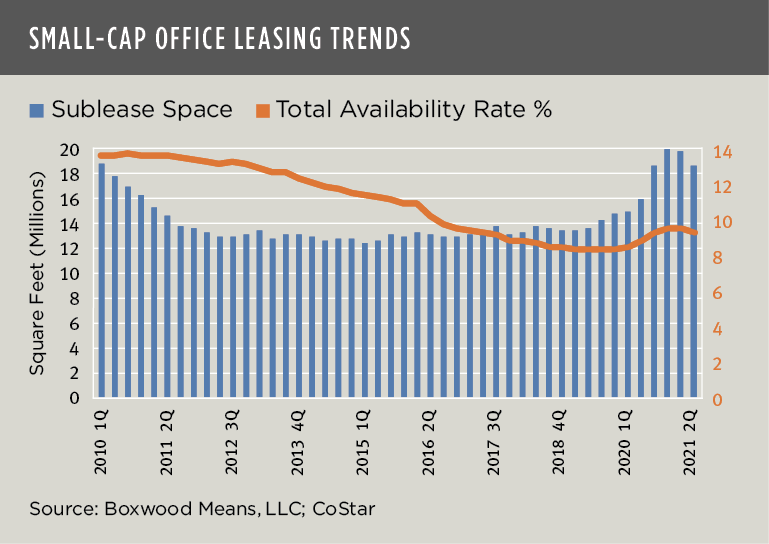 Below are the key results of Boxwood’s latest proprietary research on small-cap CRE price trends involving commercial and multifamily assets under $5 million in value. 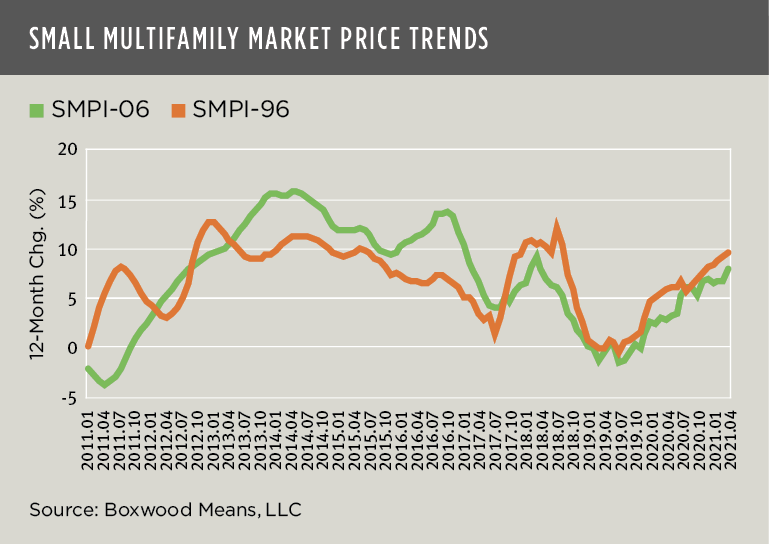 Clearly, smaller markets are having their day(s) in the sun. Not only is this evident in the smaller multifamily metro areas but, beginning this year, this pattern of price outperformance has emerged among the smaller commercial markets, too. The overall stability of the small-cap CRE investment market over the past year was largely sustained by flush capital markets and the propensity of small-time investors to hold their assets over a long period. As a result, asset price growth persisted. By contrast, the pandemic shocked the space markets and destroyed way too many Main Street businesses despite federal loan programs aimed at curbing the damage. Now, as Main Street continues to recover, the small-cap CRE investment market has raised the ante.