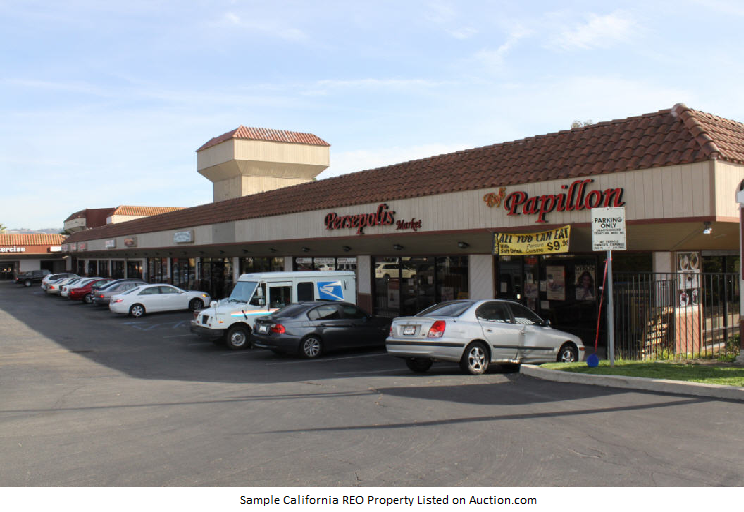 It might not amount to the proverbial perfect storm, but it appears the fourth quarter of 2011 is proving a particularly prudent period for disposing of under-performing commercial mortgages. And the small-balance space is capturing the bulk of the action.

A wide-varying spate of NPL and REO offerings from community and regional banks, along with conduit-loan special-servicers, is keeping loan-sale advisors hopping these days at Mission Capital Advisors, Carlton Group, First Financial Network, DebtX, the Auction.com platform and others.

In particular, the former group is increasingly attracted to online auctions allowing investors to bid on individual assets - and note-sellers appreciate the level of buyer competition this format spawns, says Auction.com's commercial division co-president Ken Rivkin. Indeed, four of every five of the investors' winning bids on individual assets tend to be local entrepreneurial types, he adds.

Quite a few factors are combining to spawn so many simultaneous offerings by clients of Auction.com and its peers.

At least some of the late-year rush reflects efforts by community and regional banks to finish up strategic transactions by the year's last business day. Quarterly financials generally are key deal-driving motivations for banks, but the fourth quarter tends to carry particular weight with many of them, Rivkin observes.

And while considerable capital continues targeting a heretofore and arguably limited supply of distressed assets, banking and special-servicer officials appear to have become more willing to meet the market's pricing preferences.

This in part reflects an acknowledgement that market fundamentals seem unlikely to improve sufficiently in the near-term to appreciably boost asset values, Rivkin relates. And it's becoming increasingly clear that selling an asset as an NPL in many cases is more productive than pursuing a workout, or foreclosing and selling it as an REO.

After factoring in the time, effort and cost of foreclosing, lender representatives come to realize "it may be better to sell the distressed note now rather than wait," Rivkin elaborates. Indeed, credit rating agencies have calculated a correlation between time in special servicing and severity of loss, he adds.

Another factor driving dispositions is that more and more banks have rebounded to the financial health (and replenished capital reserves) necessary to shed distressed assets and still withstand the corresponding balance-sheet hits.

Perhaps the most significant factor is that amid the stubbornly slow recovery of space demand and market rents - combined with billions of mortgages regularly coming due - the pipeline of loans entering non-accrual, delinquency and default stages continues unabated.

The volume of commercial mortgages becoming distressed has been surprisingly steady over the past year-plus, Rivkin observes. And in fact so has NPL pricing as a percentage of unpaid balance - with the average still running in the mid-50s.

While there are some indications distress among bank-held CRE loans is subsiding, the securitized sector continues to see lots of loans souring. In fact the Trepp LLC analytics service reports that the conduit delinquency rate hit 9.8 percent in October - a point that's about as high as it's ever been.

However among commercial banks, CRE defaults are trending downward, reports Sam Chandan of Chandan Economics. The non-multifamily commercial default rate among banks fell below the 4 percent mark to 3.92 percent by the end of the third quarter - down from the year-earlier peak of 4.36.

And in the fast-recovering multifamily sector, the overall bank default rate fell a full 43 basis points during the third quarter alone, ending up at 2.91 percent. That rate had likewise peaked a year earlier, at 4.67 percent.

Even as overall commercial/multifamily REOs held by banks hit a new high for the cycle ($13.5 billion) in the third quarter, the general movement among banks is to reduce total exposure to the (non-multifamily) CRE sector, Chandan adds. The overall net exposure to non-multifamily commercial mortgages declined by $4.1 billion during the quarter - more than offsetting a $1 billion net increase to multifamily mortgages.

While banks appear to be making more headway than the securitized sector in disposing of or otherwise resolving distressed assets, Chandan also notes that banks still had some $59 billion in commercial/multifamily loans in delinquency or default at the end of the third quarter. That's a decent bit of progress from the early-2010 peak of nearly $75 billion.

He adds that the remaining distress is disproportionately located in secondary and tertiary markets - reflecting ongoing concentration among smallish banks and away from their money-center brethren.

Rivkin for his part notes that a disproportionate share of NPL sales activity generally appears to be taking place in markets where residential sectors became especially overheated - a situation seen particularly in certain southern metros - along with some of the struggling industrial heartland markets in states such as Michigan and Ohio.

Looking toward next year, at least it's encouraging to realize the third quarter was the most profitable such period for American banks collectively in four-plus years. On the other hand, another $400 billion-some worth of loans (counting all lender types) secured by commercial properties are scheduled for maturity in 2012 - more than this year's $375 billion and 2010's $250 billion, according to a Deutsche Bank analysis.